I live in the Santa Cruz area in California.  Because of the weather and many of the programs for vets in this area, we have hundreds of homeless vets. Over the years, this has become a huge problem. More and more vets keep locating to this area. Of course, the more vets, the bigger the problem. For years, advocates have been trying to come up with the homeless veteran solution. By November of 2014, the countywide number of homeless veterans reached approximately 395. Santa Cruz has taken a new interest in solving the homeless problem for our local vets. Not only does the county want to house every single vet that has served, the county also wants to make sure that they receive all the services needed to help them get back on their feet.

At the end of 2o14, Santa Cruz came up with the 180/2020 collaborative initiative to zero in on housing all local veterans by the end of 2015 through collaboration with a national project. The initiative came about to try and house 180 chronically homeless service men and women. As to date, that goal has not yet been met. Phil Kramer, one of 68 participants in the “Zero, 2016” project and director of 180/2020, said the local effort will receive specialized advice from the organization but no direct funding. He wants help from the community, and stresses that it is unacceptable to have unsheltered, homeless veterans on the street. These men and women put their lives on the line so the rest of us could enjoy all the freedoms afforded us. Surely, we can do something to help our vets. I personally do not understand why this is still a problem. I think veterans should receive help first and above everyone else. This whole situation is totally unacceptable to me. I am trying to get more involved locally to try and solve this problem.

When these servicemen and women return home, almost all have a very difficult time readjusting to everyday life. Most suffer from PTSD, depression, flashbacks, and thoughts of suicide. Some suffer from paranoia and other mental disorders. Many turn to alcohol or drugs to try and ease the pain. Many face months waiting for doctor appointments with the VA Hospital or VA doctors. This just adds another level of stress to an already extremely stressful situation! Some try to get jobs, but with all the physical and mental limitations, it is very difficult to convince an employer to hire them. Without jobs, many fall into homelessness, lose their families, and can no longer get to appointments for medications and help. 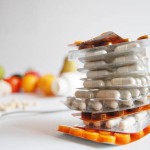 The other major problem for veterans is the over-prescribing of drugs and medications for all of their symptoms. There have been many reported stories of veterans taking as many as 8 -10 different prescriptions a day, and upward of 80 pills per day! In my opinion, this type of over-prescription of drugs just adds to the instability of our veterans. With all the problems they already have, the last thing they need is to be taking large numbers of pills. There can be interactions between many of these different pills, and that much medication long term can not and is not any good for the body.

Most of us have no idea what it means to be homeless. Some sleep in emergency shelters and transitional housing. But most sleep on the streets, in cars, in abandoned buildings, under bridges, in thick bushes, and any other place they can find. All of these places are not meant for human habitation. Being homeless means no bathroom access, nowhere to shower, bathe, wash their hair, brush their teeth, begging for food, going through trash cans for food and looking for something they might sell to get a few dollars. They also have very few personal belongings and nowhere to keep them, and no access to wash their clothes. 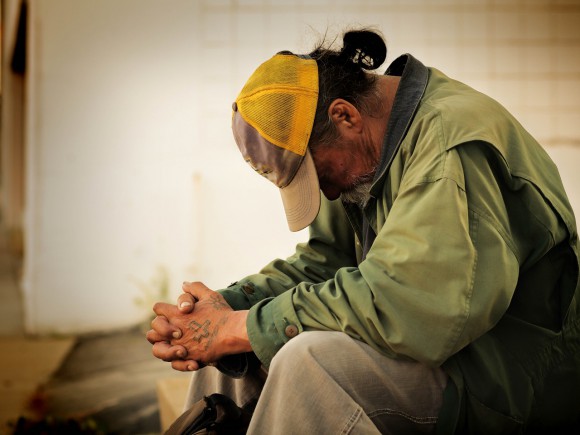 Considering that the typical American home is an average of 2,800 square feet, and cost a fortune to heat, some people started downsizing to what are called “tiny homes”. These come in all shapes, sizes, and forms. They mainly focus on smaller spaces to simplify living. These were first being built by nature lovers, people who wanted to travel and pull their home with them, retirees and people that were just plain tired of high electricity bills. Many owners of traditional homes are building tiny homes on their property. They are using them as an inexpensive way to house family members, caregivers, guests, and some are even renting them out for extra income. Another bonus of the tiny home is that there is no mortgage! Banks will not loan on any home smaller than 400 square feet. So in order to build a tiny home, one has to pay cash.

It is estimated in California, at this time, that it would cost approximately $10,000.00 for each tiny home. Just think about that for a minute. Compare that number to a mortgage. That $10,000.00 is a drop in the bucket. I do not have any statistics to back up my thinking, but I would like to know how much counties spend on shelters, emergency services and all other services related to the homeless. California is always doing sweeps of homeless villages, and it costs approximately $100,000.00 each time they do a sweep. What if they took that money and built tiny homes for all of our homeless citizens and our homeless veterans? Having them all located in one place would also simplify having services located within the village so that each and every one of them would have access to medical care and other services immediately when they needed them. The only complication that I see in making this a reality is that a large piece of land needs to be located, purchased or donated to build these micro villages.

Once they are built and one moves in, the only expenses are maintenance and your daily living expenses. These small homes are easy to clean, affordable, and mobile. College graduates who have high college debt and retirees looking for affordable housing, with minimal maintenance, have become the next purchasers. Just think what could be done to help all the homeless and our veterans if counties would spend more time trying to really solve these problems. As far as I am concerned, shelters are a waste of time and money. These poor people are only allowed there from 6:00P.M. at night until 6:00A.M. the next morning. Then they are booted out until the next evening. And there is usually never enough room for everyone. Many homeless choose not to even bother going to the shelters. Many are also located in areas that make it hard for many of the homeless to get to.

I personally think the shelters should be torn down and the property used to build the micro villages. That would serve the homeless and veterans much better in my opinion! Here is another idea I had. Wouldn’t it be fantastic if people like Bill Gates, Mark Zuckerberg, Oprah, Warren Buffett, and many of the other super wealthy would put a small amount of their money out there to see that these projects are funded? These people all have billions and billions of dollars. You would think they would want to do something to help our homeless, and especially our veterans. After all, none of them would have their billions if it were not for our veterans who put their lives on the line so the filthy rich could continue to make billions! They are afforded these freedoms because of our brave veterans!!

Advocate groups for the homeless have been looking at tiny homes for quite some time. There are several ideas out there. Tiny homes can be built from large shipping containers. The problem with these are they are extremely heavy, subject to extremes of hot and cold being made out of metal, and they are relatively hard to find. They can also be built from railroad cars, but have all the same problems as shipping containers. There are also problems trying to put a door in them.

The next option for tiny homes is to build them out of wood. These can be built starting at 200 square feet each. These are barely large enough to hold a bed and a portable toilet. They can also be built up to 400 square feet each allowing a bit more room for a mini fridge. Also in California and Tennessee, many counties have started building micro home villages for the homeless and the veterans. These micro homes are smaller than a regular tiny home. They are run by a generator, usually have a heating/air conditioning unit, a mini fridge, and a Murphy bed. Bathroom facilities in these communities are communal. There is one large area with toilets and showers for all of the recipients to use. The idea behind these is just to keep veterans out of the elements during the night, give them a place to sleep, give them some privacy, and to keep them safe. The size has mixed reviews. Some feel they are too small and if the money is going to be spent, why not make them at least more livable. Many people feel this is the perfect solution to a huge problem. These people, whether they have been homeless for a month or several years, and have spent every night on benches, under bridges or inside cold cars, finally will have a chance to have a home with a front door that locks and a front porch light!! Even though they are very small, each homeless person and vet would have their own little place to call home! This picture is a little larger than the tiny homes I am proposing for homeless veterans and other homeless people. The ones I am proposing would be about half this size. But I wanted to give everyone an idea about the size. This was the only picture that I could find at present. 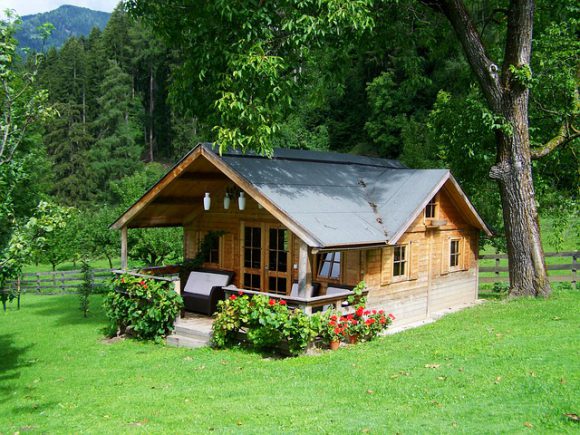 I am very interested in this option for our homeless and homeless veterans. I personally think it would solve a myriad of problems, not just for the homeless, but for us as a society in general. With the amount of money in this country, I am appalled that we have so many people that are homeless and going hungry and without health services. It is disgusting to me!! I am getting involved in my local community to try and figure this out. One more day on the street for any of these brave souls is one day too many!

Please let me know what you think about this problem. I would love to know if you have any ideas or suggestions. I would also be interested in what is going on in your part of the country pertaining to this problem. Leave me a comment or message below! THANK YOU!! If we all band together maybe we can solve this problem!